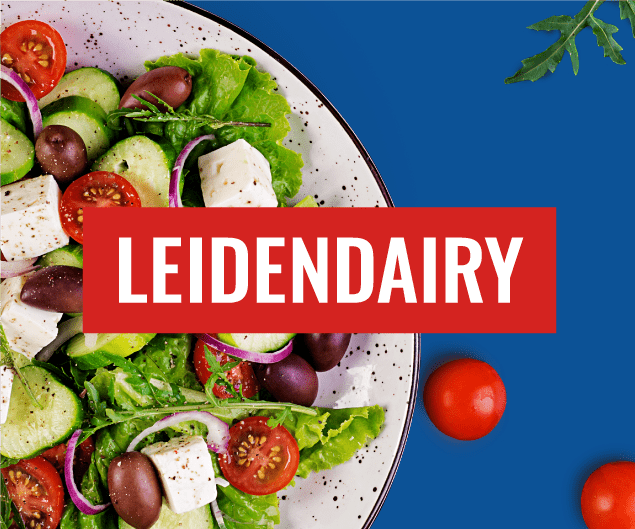 The Customer, product and task:

We were approached by an importer of the soft cheese (Feta*) with the task of developing a packaging design for a new product to enter the Ukrainian market, which would be easy to read that the product is produced in the Netherlands at a modern large factory. The series of the labels should have a simple and clear visual communication and be significantly different from other products in the category.

Process: We started working on the design of packaging for the soft cheese. During the work we found that the logo needed to be updated. A rather complicated name “Leidendairy”, which is not easy to read, should be written simply. As a result the logo turned into an easy-to-read typographic sign. The color scheme of the package gives a reference to the country of origin (Netherlands), an illustration-engraving visually tells about the clean beautiful fields on which the cows graze from the milk of which the most delicious cheese is made.

* “Feta” is a European Union’s law protected indication of the geographical origin of the cheese, so only the Greek cheese can be called Feta in the European Union. 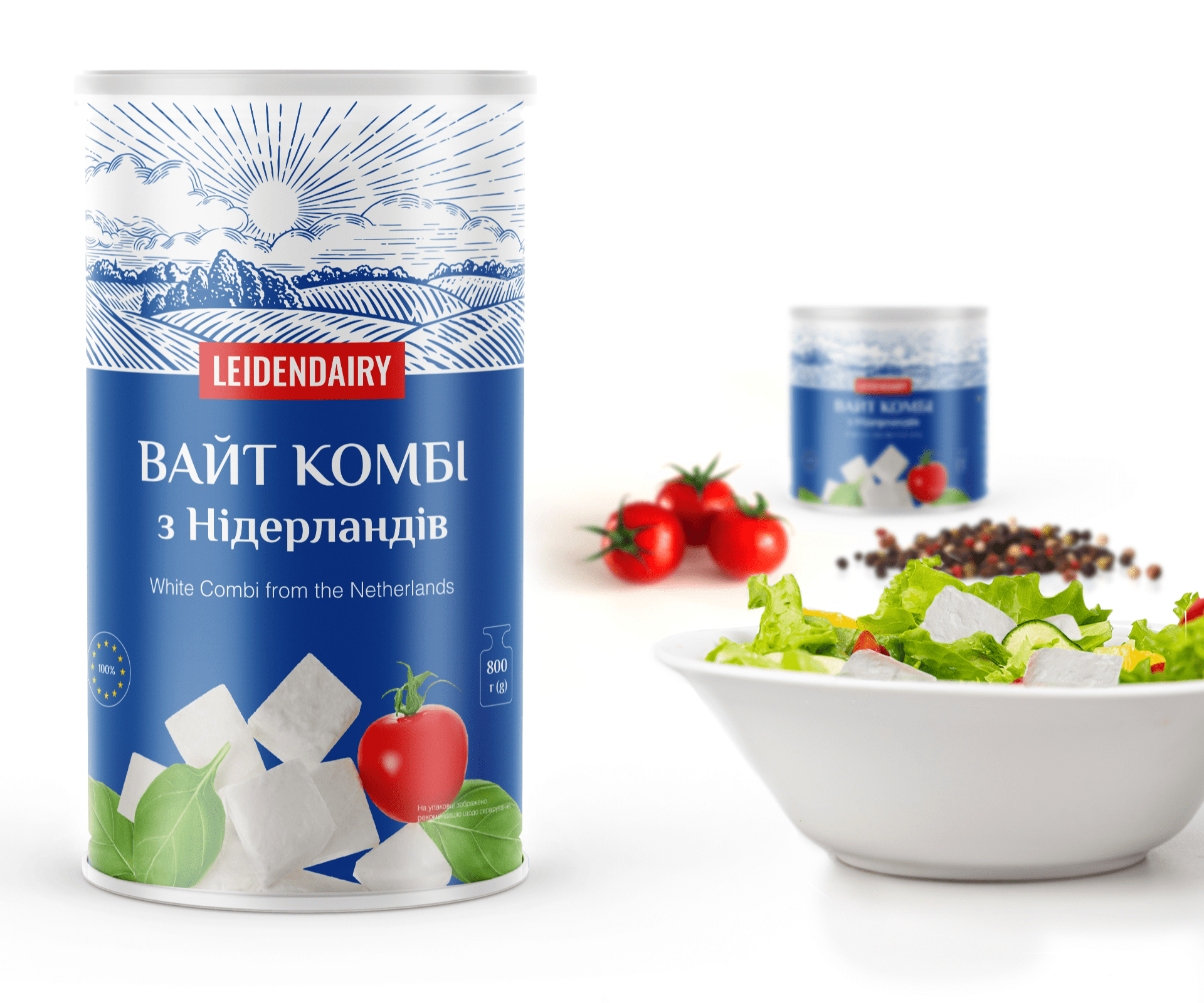 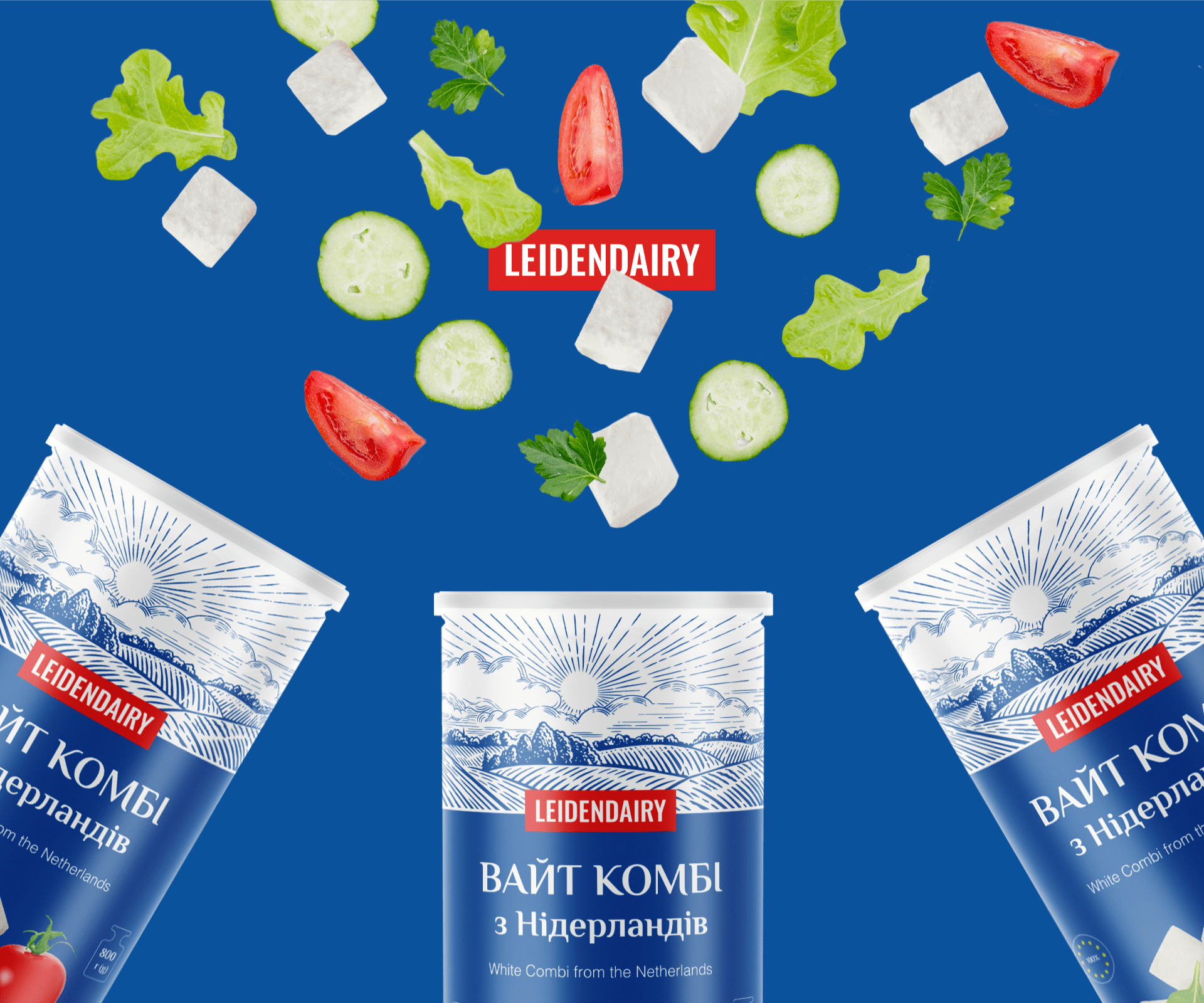 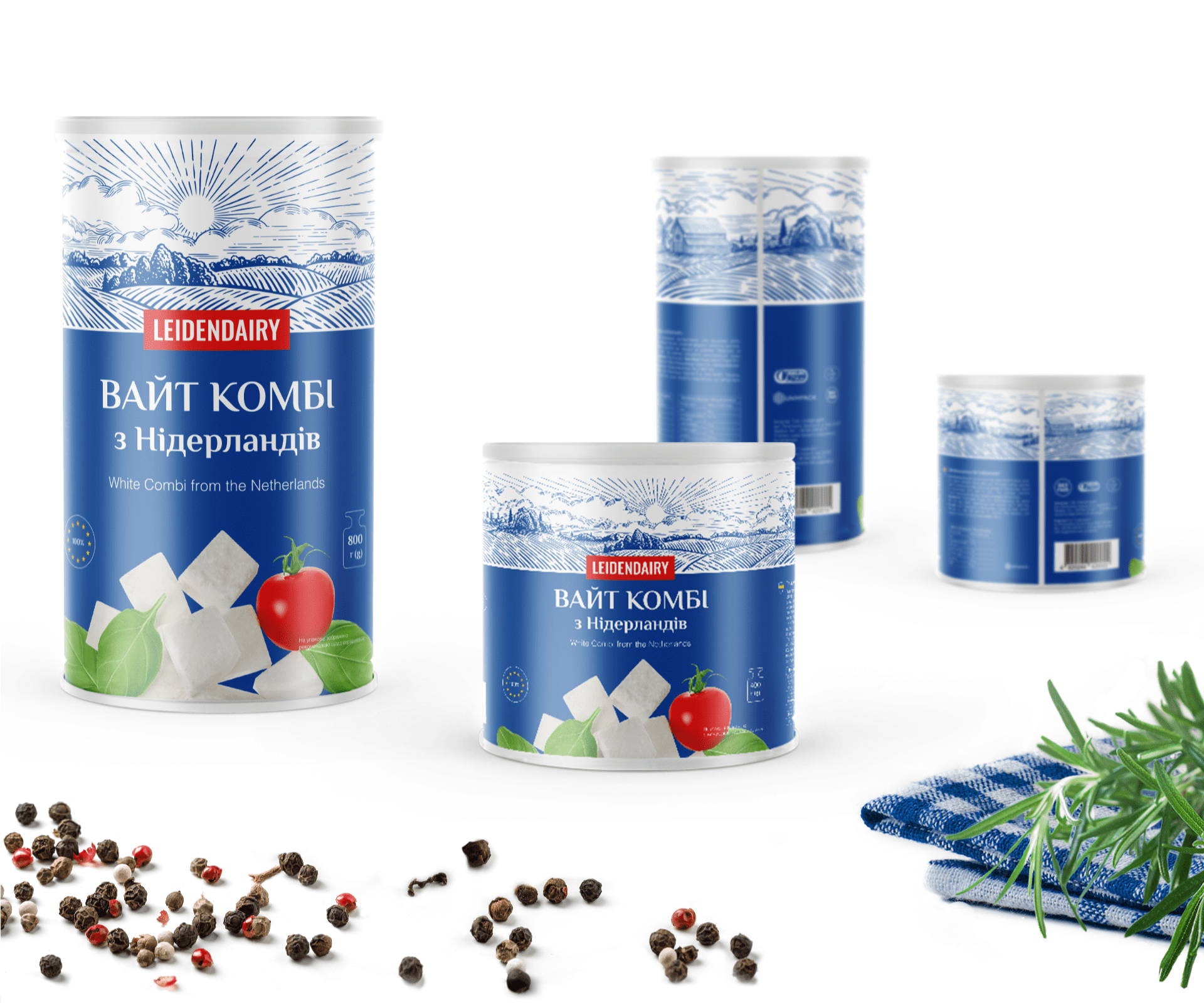 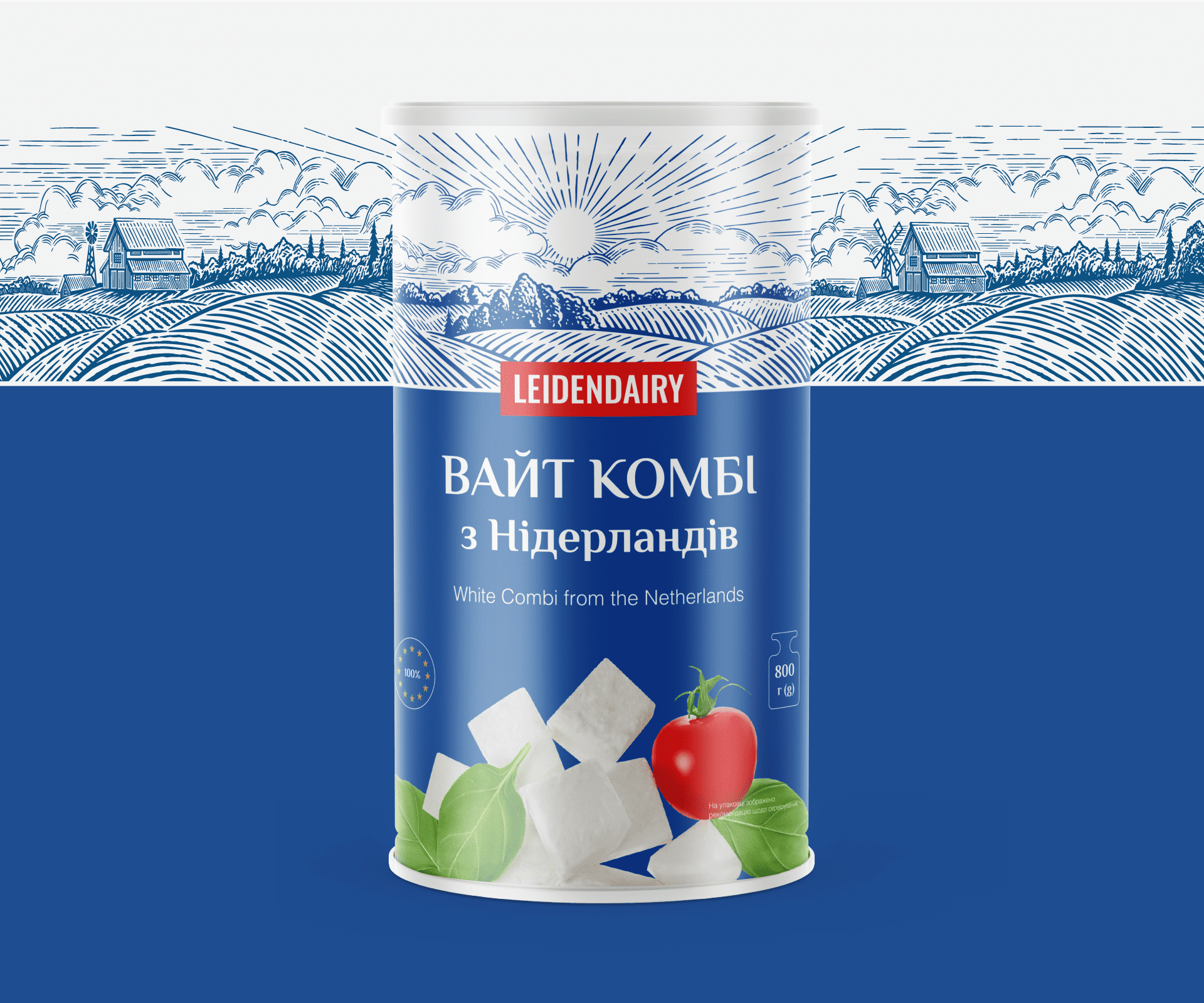 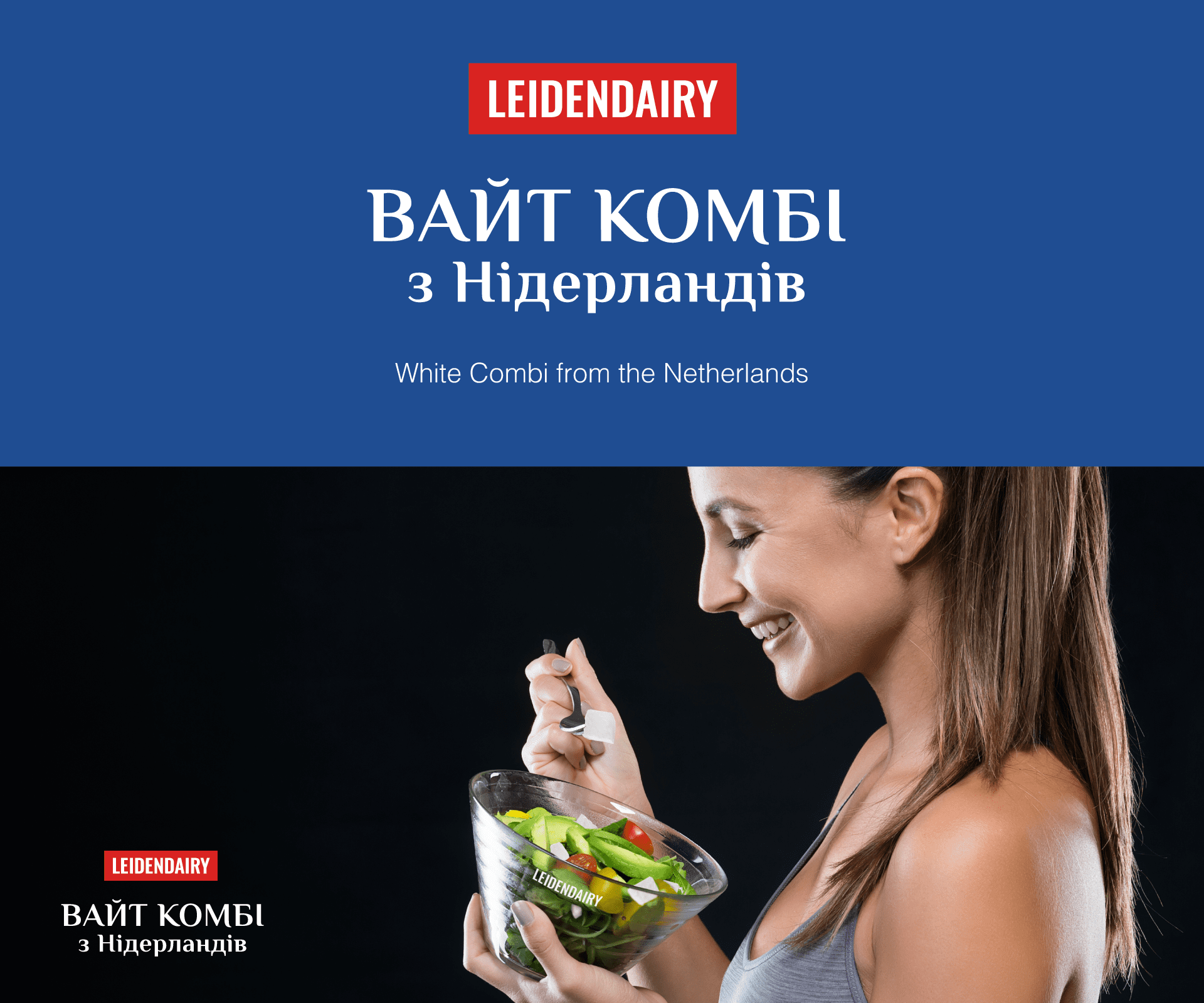 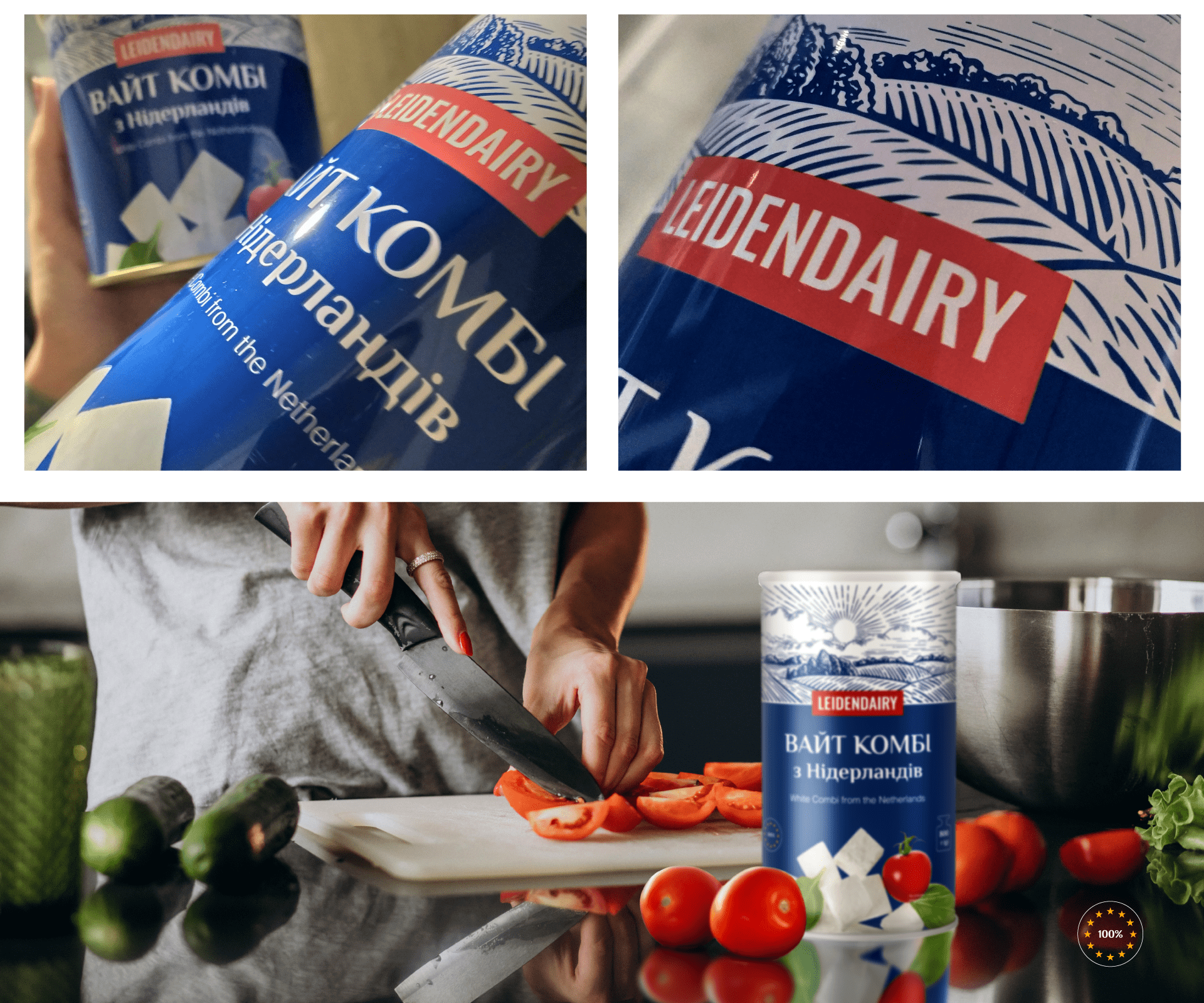